In December 2020, Rose Mugwe (WFA Board member) went to Nakuru, Kenya, to visit the women that had received loans from WFA. Rhoda is one of those women and this is her testimony:

Rhoda is a married, hard-working Christian woman and mother of three. She keeps chicken and has three (3) dairy cows. In March 2020, she received a loan of Kshs.10,000 (USD 100), which she used to buy a brood of “Kienyeji improved” chicks. However, the COVID-19 pandemic set in, and quarantine and curfew became the order of the day. “Life completely changed when the cloud of COVID19 covered the face of the earth. However, God saw me through it all,” says Rhoda.

One of her cows was now producing milk, so she was able to sell the milk. Though the revenue was less than she had hoped for, she was still able to stretch her gains and meet some family needs. She was even able to repay her Kshs. 10,000 loan on schedule!

“The Food donations from WFA were a God-send. They were like manna from heaven. They helped me get through some very dark days,” says Rhoda.

Quarantine and curfew complicated life, and the business plan she initially had did not seem feasible. In addition, some of the chicks she had purchased in March had turned out to be roosters whereas she had hoped they were all egg-laying chickens. So Rhoda decided to come up with a recovery plan – to keep and raise pigs. But she faced a seemingly insurmountable hurdle- money! She did not have any money!! She decided to put her faith to the test and so by faith she started to get ready for the pigs – she put up a fence for the pig pen so that her pigs would be secure.  “I am going to buy two (2) piglets and raise them for a couple of months. When they are grown, I will sell them and use the proceeds to reinvest in my business. The cost of both piglets is Kshs. 7,000,” Rhoda told Rose (Note: Kshs. 7,000= USD 70).

As is consistent with Rhoda’s kikuyu culture, one should strive to bless their guest when the guest is leaving. So, before Rose left, Rhoda blessed Rose (gave Rose) one of her 7 roosters (from the batch of chicks that she had bought back in March). This was no small gesture from a woman who doesn’t have much. Rose was floored when Rhoda presented her with some milk and eggs as an additional blessing. That same evening, four (4) women bought a rooster each from Rhoda. Rhoda could not believe it! The chicks that had caused her much disappointment as they had turned out to be roosters, were actually a blessing in disguise! Rhoda, full of praise to God, did not hesitate. She immediately went and put down a deposit equivalent to the price of one (1) piglet. Two (2) weeks later, Rose invited all the WFA loan beneficiaries (all women) for a meeting.  Unbeknownst to the women, this was not like other meetings. This was a “stimulus” meeting. Rose gave them Kshs. 5,000 each (USD 50) as stimulus money. Each recipient was to use the money to  boost her business. Rhoda could not believe God’s providence!  Without hesitation, she went and paid the balance for the piglets and went back home with her two (2) piglets. The plan that she had made, and committed to the Lord, was coming to fruition!

Thanks to you for faithfully partnering with us and providing financial resources. Because of you, Rhoda’s faith has been increased as she sees the Lord’s provision through you! THANK YOU. 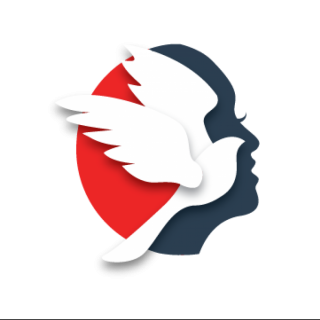